The inspiration behind Jack and the Magic Hat Maker came to me in 2016, several years after my father passed away. 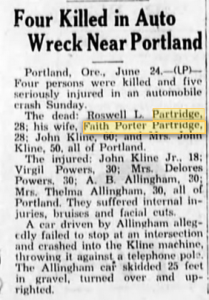 My dad, John, had a rather traumatic and sad childhood. You see, he, his older brother, and younger sister were orphaned when they were small children. Both of their parents died in a tragic automobile accident in Portland, Oregon, when they were only 28 years old. The extended family split up the three children, each raised by a different relative living in three separate states.

Dad never again saw his little sister and only reconnected with his older brother in adulthood.

Their life experience sparked the idea for a story. I wanted to transform my father’s tragic childhood, turning him into a kind of Superhero.

Coincidentally, their great grandfather three generations back, Edward, was a milliner…a hat maker.

I was an adult when I learned the nickname my dad went by as a kid: Jack.

Inspired by their story, I set to work writing book one and finally published The Golden Telescope in December of 2019. It is currently available in e-Book, paperback, and hardcover at Amazon.com.

I hope you enjoy reading it as much as I enjoyed writing it!